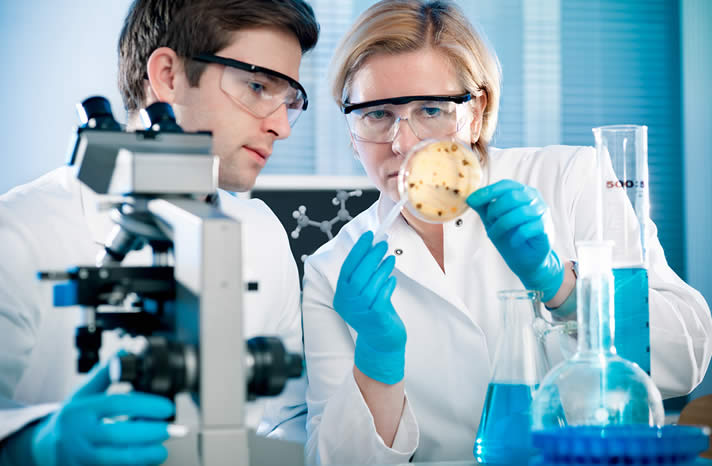 €2.5 million for NUI Galway spin-out which taking on the global challenge of antibiotic-resistant bacteria.

Westway Health was set up in 2012 to commercialise a breakthrough antimicrobial technology developed in NUI Galway’s School of Natural Sciences. Since its inception, the company has won multiple awards and is bringing to market a product for use in the dairy sector, based on its patented technology.

Its novel antimicrobial technologies have a range of applications beyond animal health, including human health and environmental sterilisation, and the funding will be used to advance the development of the company’s lead product in development for the treatment of bovine mastitis.

The World Health Organisation has said antibiotic resistance is putting the achievements of modern medicine at risk. It has pointed out that organ transplantations, chemotherapy and surgeries such as caesarean sections become much more dangerous without effective antibiotics for the prevention and treatment of infections.

Dr Ruairi Friel, CEO of Westway Health, explains further: “The growing emergence of antibiotic-resistant bacteria as now described as a ‘ticking time bomb’. This could return healthcare to a pre-antibiotic era, where common infections can become fatal. Our solutions are proving effective against all microorganisms we have tested, including antibiotic-resistant bacteria such as MRSA.”

Westway Health’s innovative approach has been to find an alternative to antibiotics. “The genesis of the idea was knowing that there are other ways to kill bacteria like MRSA. This is done every day around the world using disinfectants for example, or through steam cleaning. What we have been able to develop is a new method of killing bacteria which does not harm living tissue. Our solution is based on a combination of compounds inspired by nature, and if we can develop and scale our solution we believe we can help tackle this global challenge of antibiotic-resistance.

In 2013, the company won the IntertradeIreland Seedcorn Competition and secured a Horizon 2020 SME Instrument Award in 2016.

Based in NUI Galway’s Business Innoviton Centre, Westway Health’s lead product in development is PanaMastTM LC, a disruptive product for the treatment of mastitis in lactating cows, with a further product, PanaMastTM DC, for treatment of dry cows in the company product pipeline, collectively a billion-euro market.

Speaking about Westway Health’s prospects, Dr Ruairi Friel said “Our trials have been very encouraging and the feedback from farmers is positive.”

The company has specifically focused on the treatment and prevention of bovine mastitis (infection of the udder) which is a major health and economic issue, costing the dairy industry in the EU and US over €3 billion a year. Conventional antibiotics are currently used to treat mastitis. However, this solution has poor treatment outcomes, leading to culling of cows and lost milk revenues, as milk from cows treated with antibiotics must be withdrawn from sale for a period of time during and after treatment. Westway Health’s product, PanaMast, is the first non-antibiotic solution meaning farmers can continue to sell milk during and following treatment. As up to 80% of dairy cows exhibit some signs of infections at some stage each year, this will have a major impact on the bottom line of farmers and milk producers.